Preparing to care for children in a disaster

Children are particularly vulnerable during disasters and have different medical and emotional needs than adults. Yet a 2006 study by the Institute of Medicine (IOM) determined that most hospitals in the United States were not prepared to provide nuanced care for children in an emergency.

“People think they can go to any hospital and kids will get the same care, and that’s just not true,” says Carolyn Blayney, Program Manager for Pediatrics and Burns at Seattle’s Harborview Medical Center. “Kids are not small adults. They come in all different shapes and sizes, which means equipment has to be different, medications are different, and how you talk to them has to be different.”

Addressing a Gap in Service

In 2010, Mary King, the Director of Harborview’s Pediatric Intensive Care Unit, and colleagues partnered with the local healthcare coalition, now known as the Northwest Healthcare Response Network (the Network), to study the geographic distribution of local pediatric resources. They found that although about 78 percent of children in King County live outside of the city of Seattle, more than 80 percent of pediatric healthcare resources—hospital beds, doctors and nurses—are inside the city. An earthquake of the magnitude Seattle is predicted to experience in coming years would likely damage the bridges that provide access to the city, effectively cutting children off from the doctors and facilities that are specifically trained to care for them. “We have to think about how we’re going to get the resources to those kids or the kids to the resources, or at least better prepare everybody to take care of kids, and feel they have a duty to do so,” King says.

To address this gap, the Network launched a Pediatric Triage Task Force to develop tools and trainings to prepare providers who typically see adults to care for children. These resources are designed to build capabilities that not only help during emergencies, but also on a day-to-day basis since the IOM study reported that 82 percent of pediatric visits to emergency departments are to non-children’s hospitals and departments. “Every hospital is going to see children and every emergency room has to be prepared for that,” says Dr. Vicki Sakata, the Network’s Senior Medical Advisor and a physician at Mary Bridge Children’s Hospital in Tacoma. “Preparedness practices have to become part of everyday practice, not something used only in a disaster.”

The Network’s Pediatric Disaster Toolkit encourages non-children’s hospitals to identify pediatric champions and provides resources like supply lists, strategies for managing unaccompanied minors and job action sheets to help staff understand their responsibilities in disasters that affect children. They also include templates of tools that Harborview has developed to improve its own pediatric emergency care.

“We are an adult hospital that takes care of kids,” Blayney says. “Even though we’re a Level 1 Trauma Center, they’re a small part of our population—we admit 800 kids a year, but thousands of adults. It’s a lot harder to stay good and keep interested in pediatrics when you’re caring for adults all the time.”

Harborview has developed a suite of easy-to-use resources based on the internationally respected Broselow® Tape, a color-coded system that measures a child’s height and weight to determine size-appropriate medication dosages and equipment. Each child who comes into Harborview is tagged with a bracelet printed in his or her Broselow ® color. Since all pediatric supplies and medications stocked in the hospital are labeled with color-coded stickers, providers can quickly identify the right item for a patient and use color-coded medication sheets to determine appropriate dosing.

These innovative tools have spread beyond the hospital. In summer 2016, the six King County emergency medical service (EMS) agencies began using cards with standard color-coded pediatric dosing instructions and formularies that King helped them develop to standardize care and eliminate the need for risky on-the-spot calculations. “It takes out 10 steps and 10 chances for error to try to make it so that when we resuscitate a child, we do it the same way every time, and we do it the same way we do for adults,” King says. After six months, the percentage of paramedics who reported that they were comfortable performing pediatric resuscitation had increased from 24 to 33 percent.

Preparing the Region and Beyond

Since 2011, the Network has also conducted Pediatric Disaster Response Workshops, providing opportunities for more than 800 non-pediatric clinicians and EMS personnel across Washington to develop the skills and self-assurance to provide better pediatric care. Lessons include use of the Broselow® Tape, management of pediatric pain and recognition of mental health challenges. “If you get people up and start practicing things, it builds confidence,” Sakata says.

Mason General Hospital in Shelton, Washington, saw the value immediately. The weekend following a Pediatric Disaster Workshop there in May 2016, a pediatric patient came in to the emergency department and the providers on shift used the techniques they had just learned to quickly stabilize and prepare the child for transfer to Mary Bridge. A year later, Monitor Technician Mariah Pede says the staff has continued to reap benefits from the training. “We loved the tips regarding the Broselow® Tape and exact dosing for medications,” she says. “It has made for faster, more efficient pediatric care.”

The Pediatric Triage Task Force’s work has caught the attention of others around the country, and the Network has helped physicians in Oregon and California launch their own workshops to make sure regional providers are prepared to care for children in emergencies. Representatives from the Network and Harborview have presented their work nationally and contributed to the development of the National Pediatric Disaster Coalition and other initiatives dedicated to advancing care for children in emergencies.

The work of the coalition allows healthcare in our community to: 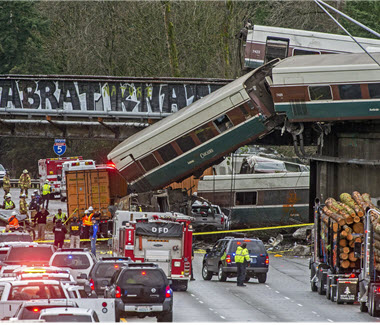